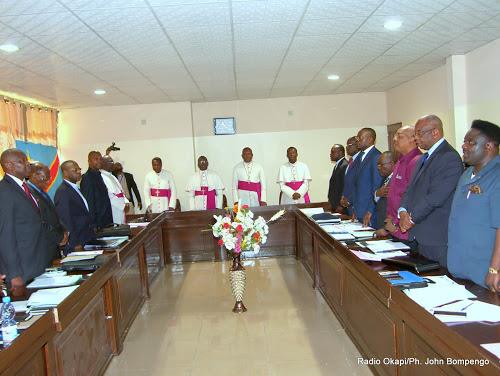 Just a brief update on the national scene in Congo: First of all, it really is a testament to the grace of God expressed in countless prayers around the world that the situation in Congo has not degenerated into a bloodbath at the turn of the new year.

A midnight deal (literally the last hour of 2016) was negotiated by the Catholic Church fathers. It has resulted in something of a road map to free and fair elections for Congo – hopefully by the end of this year (2017).

To lay the groundwork for these elections to happen the parties at the negotiating table have agreed on a shared government structure that is still being worked out. Please continue to lift up in prayer the Catholic leaders that have boldly stepped in to ‘hold the peace’, as their task is a very thorny and tricky one, to be sure.

Virtually every point of the fine print of the deal has to be further negotiated between the stakeholders as ‘the devil is often in the details.’ It’s a huge, painful, ongoing exercise in compromise. But tremendous lessons are potentially being learned in the process that could serve the country for generations to come!

Please continue to pray for these negotiations. May the participants utilize godly wisdom and exercise personal humility to find their way to a healthy lasting peace for their country.

The Economist has regular coverage on DR Congo about a variety of issues. Here’s a rundown of recent articles in their publication.

Congo and Rwanda continue to flirt with war along their volatile border.

“There is Hope” for sub-Saharan Africa, including DR Congo, according to one article. Another article takes a more in-depth look at the complexities of government, resources, and financial investment in sub-Saharan Africa.

It reinforces something I learned while visiting Congo: “Money doesn’t solve problems. People solve problems.” From the article: “…despite—or perhaps because of—Nigeria’s massive oil wealth, several of the country’s civil institutions, together with human rights and the rule of law, have all withered in the past few years. ” In broad terms, as I understand it, this is called “Dutch disease,” a term I heard used in Congo and coined by this publication back in 1977.

This article closes by discussing “good-news countries” like Ghana, which found oil on the coast in 2007. And they seem to be seeking wise counsel. Yet, there is another kind of wisdom and another kind of good news that must permeate the hearts of Africa’s leaders and people before we can agree “there is hope.”