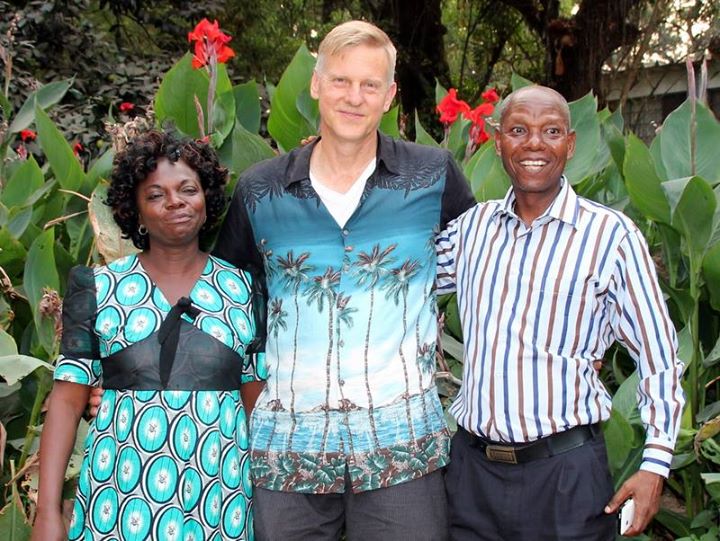 Here is an excerpt from an email message that I’ve just read, from Charity Eidse Schellenberg who is based in Kinshasa, DR Congo:

This past Sat-Sunday night our pastor, Damien Kakhenda and his wife, Sylvie Ufulielo Wayindama, were brutally attacked by the infamous Kuluna gang at 11:30 p.m. as they were going home from their daughter’s dowry negotiations. They were both beaten with machetes. Damien sustained a 10 cm. cut to the skull and lost consciousness. Sylvie has terrible internal back pain. They are in hospital. Today we were able to pay for Damien to get a CT scan. They found that he has internal bleeding in his head and a fractured skull. He will be seeing a surgeon tomorrow.

The Kuluna gang is a spillover from the violent tactics of the war in the east, and has taken root in Kinshasa in the past ten years, with the arrival of internally displaced people. They use primitive weapons like machetes and broken bottles or clubs, to maim or kill and steal. All the Kakhenda couple’s belongings were stolen. They had just been paid their salary from the Kimia church and we had contributed money for the bereaved families of 2 CMCO (Community of Mennonites in Congo) pastors: Sambi (missionary to the un-reached people on the Bateke Plateau east of Kinshasa) and Katshingu (who had replaced Damien at Tshikapa, CMCO national HQ as the head of the CMCO Board of Missions). Both pastors’ funerals were held in Kinshasa yesterday (Sunday). Damien was to officiate at Sambi’s funeral. Just a week or so ago Damien also had his briefcase stolen at an event where he was officiating, with his iPad and all his preaching library that it contained.

Please pray for the precarious condition that Damien is in and that his life will be spared. Pray also for Sylvie who is suffering. Pray that funds would come in for diagnostic tests for both of them and emergency surgery in a facility that uses best medical practices. They also need to replace their belongings and means of living that were stolen. Please pass the word around that this is an urgent opportunity to serve Christ by giving. In caring for this humble, yet powerfully effective servant leader couple in CMCO, we may be the difference between life and death. There has already been too much death of faithful spiritual leaders!

Thank God that Damien is conscious and able to speak! We long to be by their side, but have been cautioned that if white friends show up, the amounts billed will increase. We have offered them to recover in our home, once they are released from hospital, for as long as it takes.

Thank-you for your faithfulness in keeping everyone informed and for your willingness and compassion to walk alongside those who are suffering!”

If you wish to help with medical expenses for Damien and Sylvie, please send your contributions to AIMM, P.O. Box 744, Goshen, IN 46527; or in Canada, 440 Main St., Steinbach, MB R5G 1Z5. Please clearly designate on your check, Kakhenda medical expenses.

Thank you for your prayers and support!